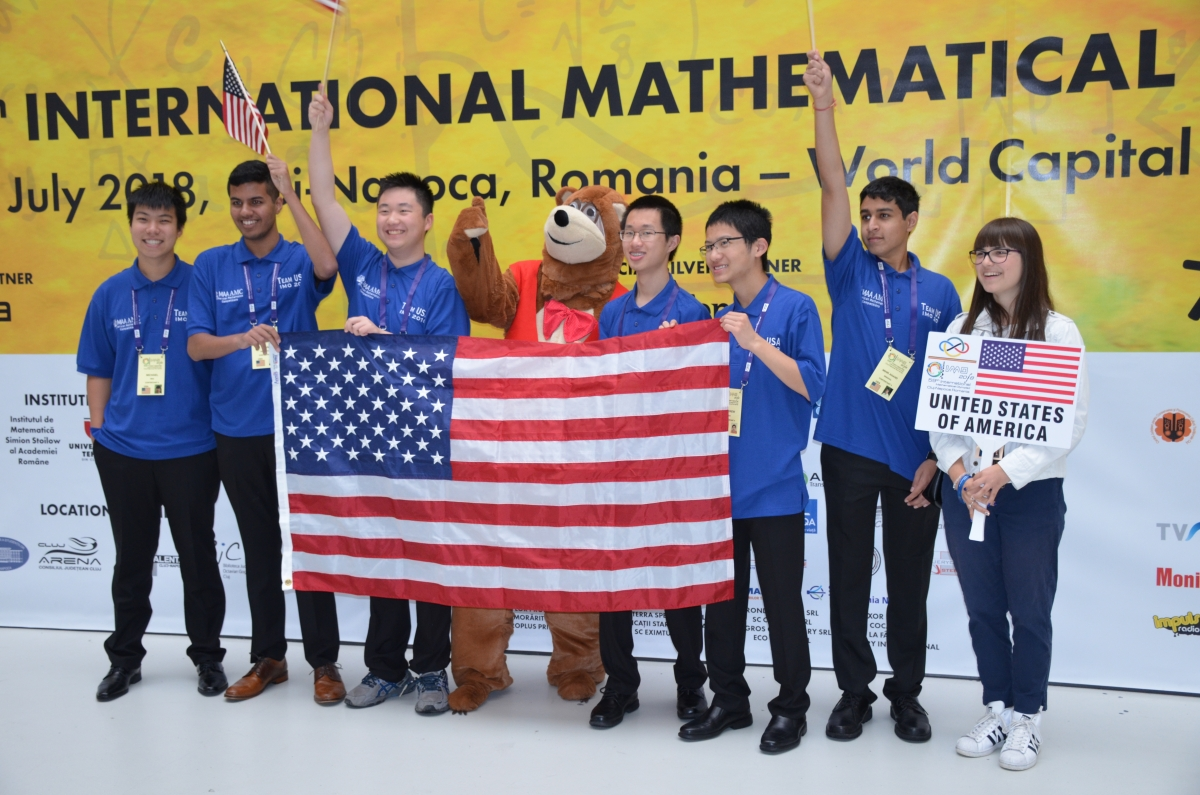 “The U.S. team won first place for the third time in four years at the 59th International Mathematical Olympiad (IMO) which took place in Cluj-Napoca, Romania on July 3-14, 2018, with 116 countries participating. Prior to a fourth place finish in 2017, the U.S. IMO team won first place in 2015 and 2016 in the prestigious international competition. In 2018, the International Mathematical Olympiad brought together the top math students from around the world with 615 student competitors.

The six U.S. team members also took home five gold medals and one silver medal for their individual high scores in the competition, known as the olympics of mathematics competitions for high school students. The first place U.S. team score was 212 out of a possible 252 points. The teams from Russia and China took second and third place respectively in cumulative team scores.

Mihir Singhal and James Lin are both A-Star alumni who participated in Junior Balkan Math Olympiad USA Team in 2013, which was selected and trained by A-Star Program under guidance of Mehmet Kaysi. Mihir has also participated in several A-Star events in the past such as MathCounts National training and Hilbert Master Course. Vincent Huang is an instructor in 2018 Summer Math Camps.
Congratulations to all Team USA students and coaches!

I thought the camp was very helpful as it exposed me to multiple things that I didn't know much about beforehand. Also, it gave me a good understanding of what I needed to learn to progress in USACO.

Even though we were online it still seemed liked I was in a class.

The instructor explains in a way where we can understand clearly.

The online classes were a good idea, quite constructive when it came to learning

The online classes were really well organized, compared to many other daily meetings I have had over the course of this year. Please keep the good work.

Our programs & courses are now Fully Accredited by the Accrediting Commission for Schools,
Western Association of Schools and Colleges (ACS WASC)